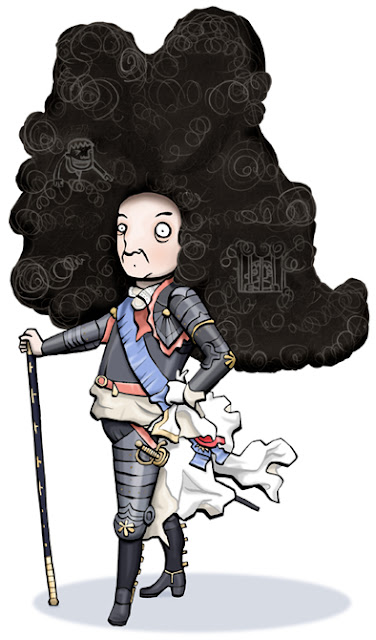 The story goes that a young boy laughed at Louis XIV's baldness and was put into the Bastille for the rest of his life! Louis XIV was known for extravagant wigs so I though an exaggeration of this was definitely the route to take! The pencil scribbled hair was influenced by an Illustrator called Oliver Jeffers - I love his scribbled trees! (also additions from my 5 yr old daughter who came across the unfinished picture and added her own scribbles when I was out of the room - she got into a little trouble!)
Posted by Glen McBeth at 13:55 No comments: 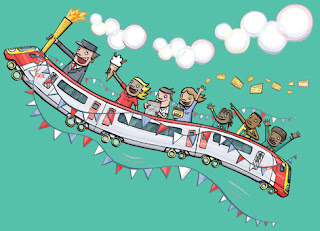 Some of the things that Virgin Trains will be up to during the Olympics - keep an eye out for the in-train magazine for details!
Posted by Glen McBeth at 13:50 No comments: